A Brief History of the Mark Province of Hertfordshire 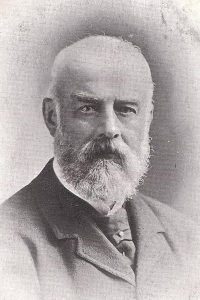 The first Mark Lodge in Hertfordshire was Watford Lodge No 241, consecrated on 26 March 1879 with W Bro T F Halsey (the Provincial Grand Master in Craft) as its first Master. Six year later the Rose and Lily Lodge No 354, which was to meet at the Four Swans, Waltham Cross, was consecrated on 18 July 1885, and by 1887 it met at the Peahen Hotel, St Albans, (it now meets at Freemasons’ Hall). A Petition was then at once submitted to the M W Grand Mark Master to constitute a Mark Province in Hertfordshire with W Bro Halsey as Provincial Grand Master. A Patent was granted to Bro Halsey on 12 November 1885, but the Province was not inaugurated and the first Provincial Grand Master not installed until 24 July 1886. By this time there were four Lodges in the Province, as the Hertford and Gladsmuir Lodges had by then been consecrated.

SimplePayday is an emergency loans lender