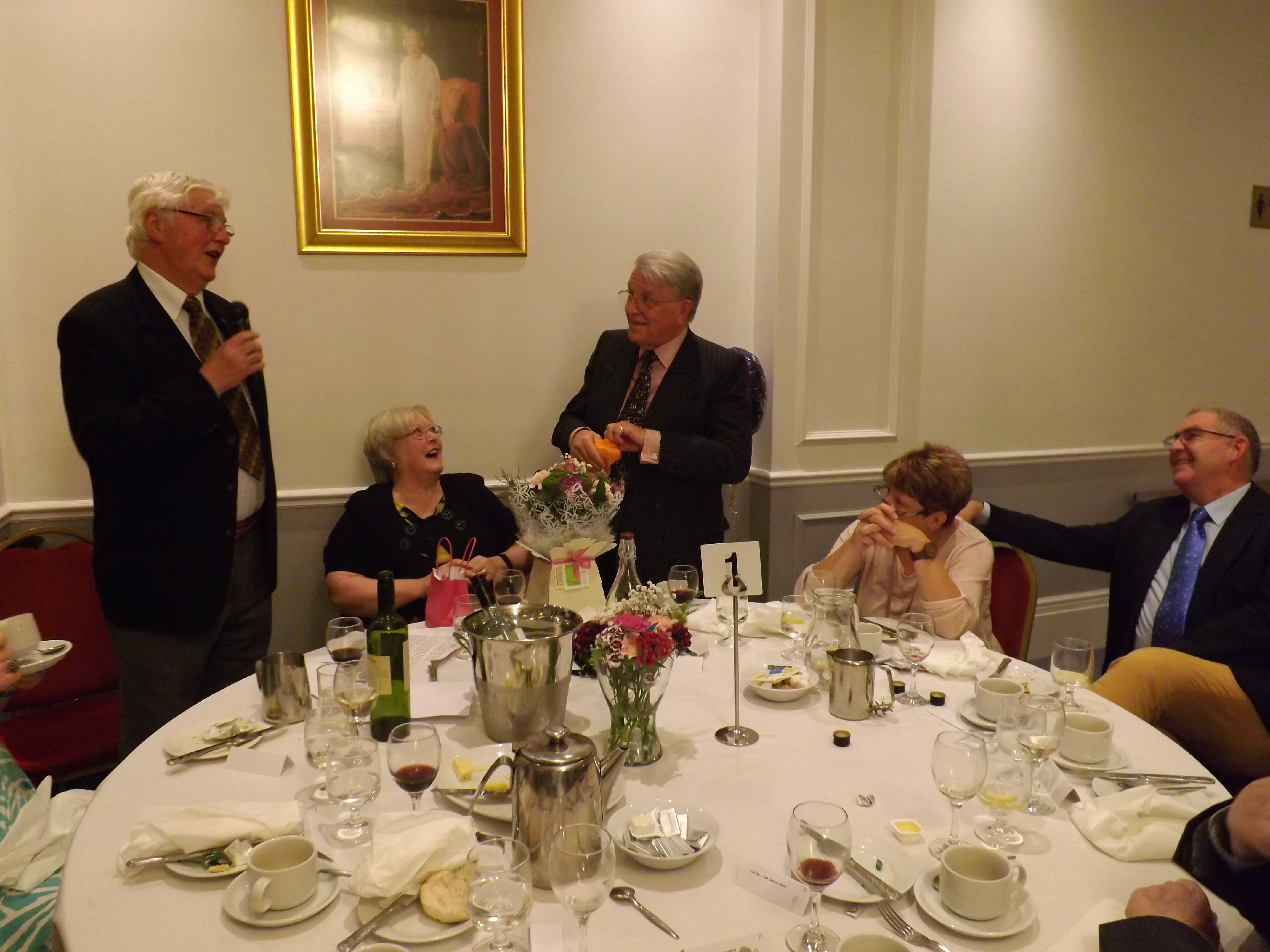 Friday 15th JULY.
What an evening130 people were assembled at the Halsey Masonic Centre, Cheshunt to give a send-off to Chris Radmore. From the most humble to the most senior all were there, if I might explain this was a dinner and presentation to mark the completion of 10 years of service of R.W.Bro Chris Radmore to Hertfordshire Mark Masonry as PGM. After much mixing in the bar we were called in for dinner and Chris and Brenda Radmore entered to a rapturous applause. The meal was served by the new caterers at the centre and personally I believe it to be excellent.
We then had a speech given by Richard Walker PGM in waiting very amusing and to the point, he then presented

Chris Radmore with a small package it contained a tie, you may w

ell ask thatâs a peculiar thing well the reason is Chris Radmore is allergic to all fish and this tie had a fish on it, It was received with laughter.
Richard then went on to present Brenda with a gift this was revealed to be a pair of Russian gold earrings which she thanked him for and showed them to all present, it then came to Chris and he received a large package which contained a picture this was a ship not just any old ship but of Nelsonâs flag ship Victory it was very well received and Chris showed it to crowded room. These tokens and words spoken by Richard Walker added up to thank you for ten very good years.
It then came to the turn of Chris who thanked Richard and all present for gifts and for turning out this night and making it so memorable he went on to say that the province was in good shape and he
knew that Richard was the man to keep it that way and wished luck in his job as PGM. With that the evening ended and we went our separate ways reflecting on what had been a great evening.